Mission
The San Diego Re-entry Roundtable is to promote the safe and successful return of offenders to our community.

Background
In the past several years, reentry has emerged as a major issue at the national, state, and local level. The incarceration and return of large numbers of individuals, with their associated public health concerns, affects many neighborhoods already plagued by high crime rates, poverty, and residential mobility. Most inmates in our jails and prison will return to the neighborhoods they came from, poorly equipped to deal with family, work or the stresses of daily life. Reentry is a community concern that affects us all.

With funding from the Price Family Charitable Fund, San Diego Community Foundation and the Annie E. Casey Foundation, local policymakers, practitioners, and researchers came together in April 2002 to discuss reentry in San Diego. Participants agreed that reentry should include: pre- and post-release assistance; help for families; creating community networks and educating the public to strengthen the commitment reentry.

The Roundtable meets every third Tuesday of the month. 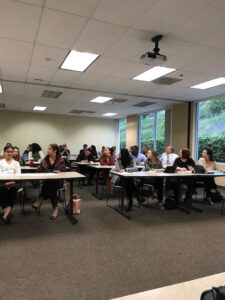 The Roundtable provides a forum for everyone involved in the criminal justice system — including former prisoners, their families and the general public – to come together in meaningful dialogue about reentry. We are concerned with reentry throughout the County, from our jails and prisons, our adult and juvenile institutions. The mission of the San Diego Reentry Roundtable is:

We are currently working on: 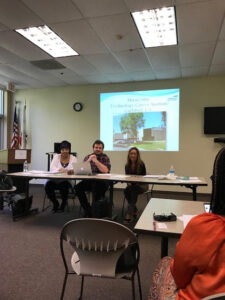